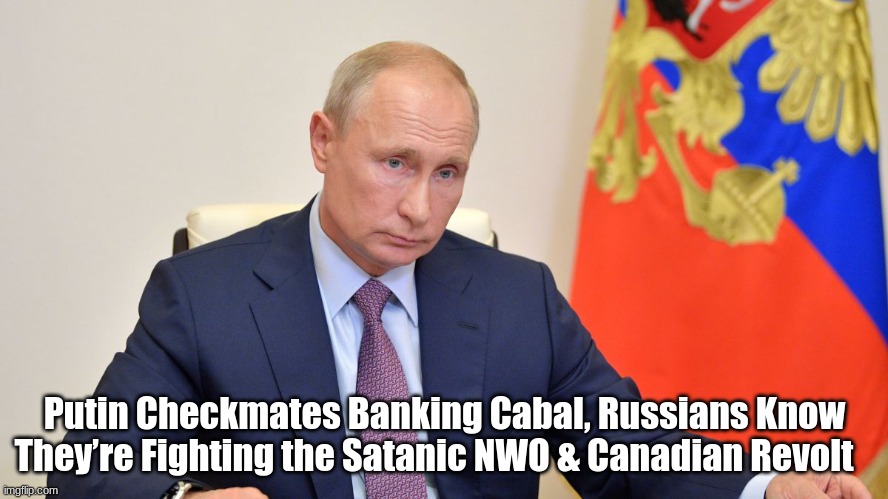 Vladimir Putin has been quietly building a “New” New World Order that doesn’t include a world government or the Luciferian Banking Cabal and the vast majority of countries are already signing up.

I did a deep-dive into Russian Social Media and found that the Russians are fully aware that they are fighting the Satanic New World Order, that this battle is Biblical, that Putin’s working with Trump and that their side is backed by God Almighty.

Plus Castreau’s gun grab has blown up in their faces as Canada has it the magic numbers and is inching close to armed REVOLT against our treasonous and genocidal government. You’re not gonna want to miss this.