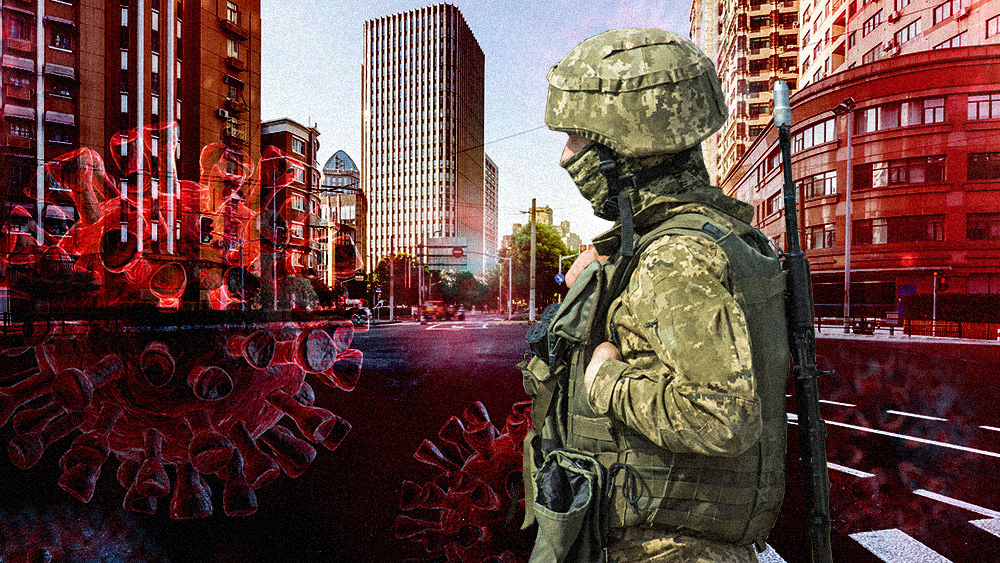 The medial martial law takeover of society has begun in New York where Governor Kathy Hochul has announced the mass firing of unvaccinated health care workers, to be replaced by foreign workers and National Guard troops.

This same pattern of replacing civilian workers with military troops will be replicated across law enforcement, paramedics, fire fighters, truck drivers, factory workers and other sectors of the economy that are rapidly collapsing due to covid lockdown restrictions. The upshot is that we are witnessing a fast-moving military takeover of society under the cover of a “state of emergency” following personnel shortages that are actually caused by the government’s own policies.

The only reason hospitals in New York are desperately short of health care workers, of course, is because corrupt government leaders made sure all the unvaxxed workers were fired. These are the same workers who survived 2020 without covid vaccines, working on the front lines of the spike protein plandemic, yet now they’re being dumped onto the streets because they won’t take a vaccine in 2021.

“Gov. Kathy Hochul said Saturday that she’s prepared to declare a state of emergency if the state’s vaccine mandate for the health care industry results in an unmanageable shortage of workers when the rule goes into effect Monday,” reported WSKG.org over the weekend.

New York is also announcing the use of National Guard troops and a federal takeover of local health care. As WSKG reports:

The state is also considering activating medically-trained members of the National Guard to fill gaps in the health care workforce, and could work with the federal government to bring in teams of medical workers to help local health care facilities.

This is the opening phase of the medical martial law takeover of America, and if it’s not stopped, it risks quickly morphing into increasingly totalitarian maneuvers by the regime:

Here’s a map of the CDC’s currently operating covid death camps. You can confirm this map at the CDC’s own website.

New York creates its own personnel “crisis,” then uses the crisis it created to roll out medical martial law

The pattern to recognize here is that New York created this crisis by firing health care workers in the first place. Then, as this “personnel crisis” unfolds, New York uses the crisis to roll out replacement migrants (to replace all the soon-to-be-dead Democrats who were brainwashed enough to take the jab) and install military troops into key infrastructure positions.

Part of this psyop is to get the American people used to seeing troops running everything: hospitals, transportation, factories, law enforcement, etc. Once all the troops are in place, Biden simply invokes the Insurrection Act, declares all anti-vaxxers to be engaged in an “insurrection,” then dispatches the troops to go round up and / or execute all of Biden’s political enemies. This execution list will include Christians, pastors, outspoken doctors, etc.

I cover all this in today’s Situation Update podcast, which exposes the genocidal agenda of the vaccine industry and the criminal Biden regime: