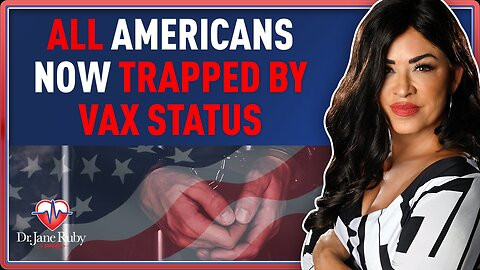 Dr. Jane reveals the DOD/HHS plan to track you down by your injection status, including those who took the shots, realized this is mass genocide and don’t want any more; and the Deagel Forecast shows that, although the entire world has been subjected to medical tyranny, it is the United States that is the real target; did you know that pharma companies have violated federal laws for many years as a part of their normal business?

This is the Dr Jane Ruby Show and you’re about to enter Truth in Medicine.

And he causeth all, both small and great, rich and poor, free and bond, to receive a mark in their right hand, or in their foreheads: (Rev 13:16)

Here is wisdom. Let him that hath understanding count the number of the beast: for it is the number of a man; and his number is Six hundred threescore and six. (Rev 13:18)

FTW: The upper-level category code for these vax codes is Z28.3.