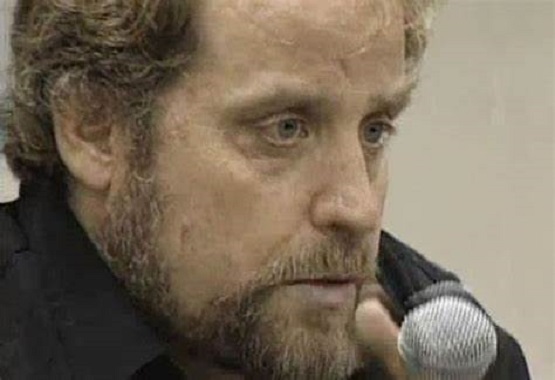 Benjamin Fulford is a Canadian journalist who lives in Japan. He was the Asia-Pacific Bureau Chief for Forbes Magazine from 1998 to 2005, and states that he:

“Quit in profound disgust over extensive corporate censorship and mingling of advertising and editorial at the magazine. If they dispute this, I invite them to sue me, any place, any time.”

He has 20 years experience as a professional writer and journalist and has sold over 500,000 non-fiction books written in Japanese. He has produced a comprehensive catalogue of scoops in field ranging from business to yakuza gangsters to high finance to government corruption.

Now he is focused on exposing U.S. manipulation of Japanese politics, media, and education through a combination of bribes, murder, brainwashing, etc.

He claims that there is an Asian Secret Society that united just after the first SARS outbreak in Asia, believing it to be a bioweapon designed to kill Asian people. When Benjamin Fulford began to uncover the shadow government in Japan connected to the Rockefeller and Rothschild empire, he claims he was threatened to be killed unless he became a Freemason and joined them.

That’s when the Asian Secret Society allegedly reached out to him to offer protection. Fulford claims that this ancient Asian Secret Society has a membership of over 6 million, including 1.8 million Asian gangsters. He claims the other non-gangster members are among the highest levels of Asian society in Japan, Korea, China, Vietnam, and in all the Asian communities worldwide.

These people all allegedly united after the first SARS outbreak happened in Asia, because they believed that it was a bioweapon aimed at killing Asians. Therefore, according to Fulford, they started to plan on how to take down the power in the West, controlled by the Rockefellers and Rothschilds.

So with the protection of this Asian Secret Society, he says he continued to expose David Rockefeller and apparently what they were doing in Asia. He claims that the former assassin who had threatened him contacted him and said that there would be an earthquake set off in Japan, which Fulford claims actually did happen.

The Asian Secret Society then allegedly started dumping U.S. dollars, and stopped going to the G8 meetings in Davos.

David Rockefeller then was allegedly called to Japan for secret meetings with the Emperor, but the Asian Secret Society knew about it, and tipped off Fulford, and they forced David Rockefeller to be interviewed by Fulford.

Most of the videos of Fulford interviewing David Rockefeller in 2007, who was 92 then, and died ten years later in 2017, have been scrubbed from the Internet, but I found some copies and have copied it here.