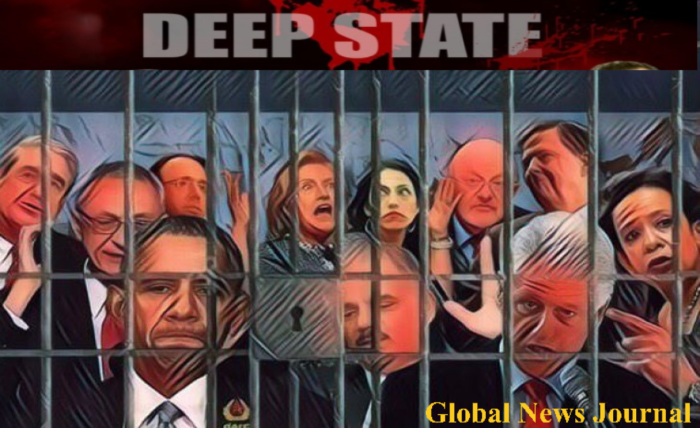 What if? It was all stealth. It was FISA.

White-Hats needed someone loyal for the role of president during this operation. After approving certain clearances, the Military installed Trump into the RNC.

Think about that for a second: Military. Installed. Trump. The 2016 Election was rigged for Hillary. The Media was complicit. Algorithms weren’t strong enough to give her the win.

White Hats controlled the election to give the people a fair vote. There was no way Trump could’ve won without this happening. That’s why they were SHOCKED when she lost.

That’s why they didn’t cover their tracks. They never thought she would lose.

Obama used FISA courts to secretly spy on Trump’s campaign during the 2016 election. It was the worst decision ever. He literally opened the door to EVERYTHING, by giving Trump the playbook for the next 4 years.

FISA = Start. US Military has it all.
That is why it looks like “nothing happened” for the last 4 years. It was all in the dark. It looks like these people will get away with all their crimes.

They will not.
Trump and our military have been dismantling this web of criminals all in the dark. Top levels of corruption are under control. We had to let them complete their crimes in order to charge them to the fullest extent under the rule of law at a tribunal.

The election was a trap.
Trump ran uncontested. An Election Monitoring (Surveillance) System was installed by the US Cyber Command, Space Force, and the Shadow Warriors of the Cyber Brigade.

Soon we will see the real numbers.
Every part of this operation is strategically planned. Not everything will be clean. But there is no escaping it.
That is why congress did everything they could to remove Trump before he was even inaugurated, with zero success.

He is untouchable.
It may look like he is gone from the public eye, but in reality this needed to happen.
Now that he is completely out of the picture, and with the public thinking Biden has full control, the military will soon be able to announce the takeover.

The media was left in the dark.
They are just trying to delay the military from making their next move. Everything on TV in politics right now is fake, and holds no legal standing.

Define: [Self Destruction]
They have been left in the dark during all this, which is explains all the blatant lies and desperation.
They try to make Trumps administration look like they are weak.

There are more good than bad.
B2.
Stealth Bombers.
Military Operation.
Shadow War.
Dark to Light. ” Meanwhile, we have much work to do to fix the timeline and save humanity”