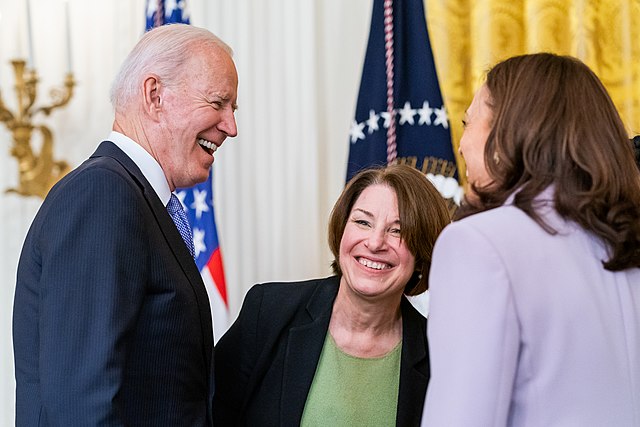 President Joe Biden’s new vaccine mandates for federal employees don’t apply to members of Congress or those who work for Congress or the federal court system. Biden issued two executive orders on Thursday requiring vaccination against COVID for federal workers and contractors who work for the federal government. He also asked the Department of Labor to issue an emergency order requiring businesses with more than 100 employees to ensure their workers are vaccinated or tested on a weekly basis.

However, Biden’s order on federal workers applies to employees of the executive branch. The House of Representatives and the Senate belong to the separate legislative branch, and the courts to the judicial branch of the federal government.

Biden’s COVID action plan – “Path Out of the Pandemic” – published on the White House website makes the effect of the vaccine mandate clear.

The plan says: “Building on the President’s announcement in July to strengthen safety requirements for unvaccinated federal workers, the President has signed an Executive Order to take those actions a step further and require all federal executive branch workers to be vaccinated.”

“The President also signed an Executive Order directing that this standard be extended to employees of contractors that do business with the federal government,” the plan goes on.

“As part of this effort, the Department of Defense, the Department of Veterans Affairs, the Indian Health Service, and the National Institute of Health will complete implementation of their previously announced vaccination requirements that cover 2.5 million people.”

The New York Times reported on Thursday that the executive order doesn’t apply to those who work for Congress or the federal courts, citing White House officials.

Speaker of the House Nancy Pelosi said at a press conference on April 29 that the House couldn’t require members to be vaccinated. Video clips of those remarks gained renewed attention online following Biden’s announcement.

“So — so here is the thing. We are — we cannot require someone to be vaccinated. That’s just not what we can do. It is a matter of privacy to know who is or who isn’t,” Pelosi said.

“I can’t go to the Capitol Physician and say, ‘Give me the names of people who aren’t vaccinated, so I can go encourage them or make it known to others to encourage them to be vaccinated.’ So we can’t—we can’t do that,” she said.

Pelosi’s office reiterated that position in a statement to Newsweek on Friday, saying the speaker’s April 29 remarks were “referring to the institution in which she serves.”

“She’s saying she cannot force Members to be vaccinated, which is true,” the statement said.

In August, a group of 19 Democrats in the House wrote a letter to the Capitol’s attending physician, Dr. Brian P. Monahan, asking him to consider a vaccine requirement or a minimum of two COVID tests per week for members and staff who can’t show proof of vaccination. No requirement has yet been put in place.