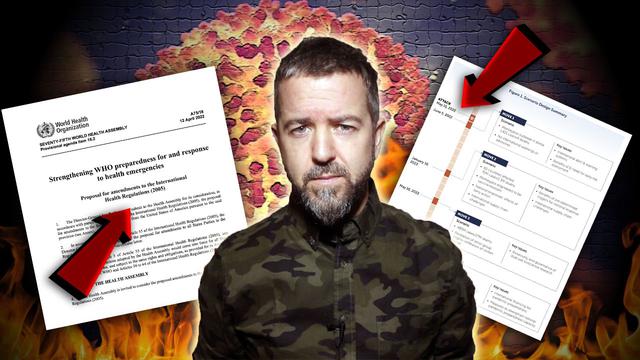 In 2019 a fictional exercise called Event 201 played out a scenario that imagined how the world would respond to a global pandemic, then just a few months later the world learned of the first case of Covid-19(84) and the following two years would play out exactly as their “event 201” scenario predicted.
Fast forward to March of 2021 when The Nuclear Threat Initiative (NTI) partnered with the Munich Security Conference to conduct a fictional exercise scenario which portrayed a deadly, global pandemic involving an unusual strain of a monkeypox virus that will lead to over 3 billion cases resulting in about 270 million deaths.

In this video Dan Dicks of Press For Truth covers the timeline of events that seem to already be playing out in real life when compared to the fictional scenario imagined by NTI in March of 2021.