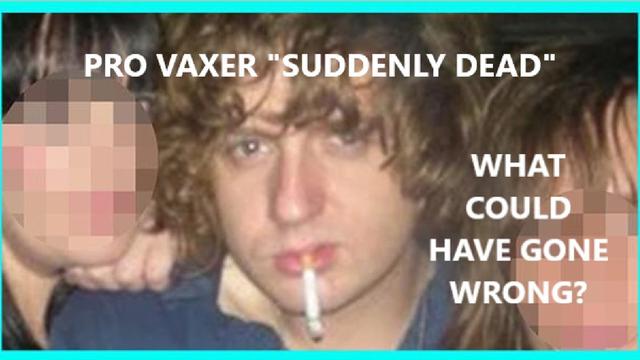 Goes by the name of “CookSuck”…well it sucks to be you now that the vaxxine took a big shit in your body. They are saying he is a “hilarious hero” in tributes. Close. I just think it is hilarious. I just hope all his followers are getting their boosters so they can be hilarious to me also. Does that sound harsh? I don’t care. These people are complicit in the murder of children. They need to burn in hell for this.