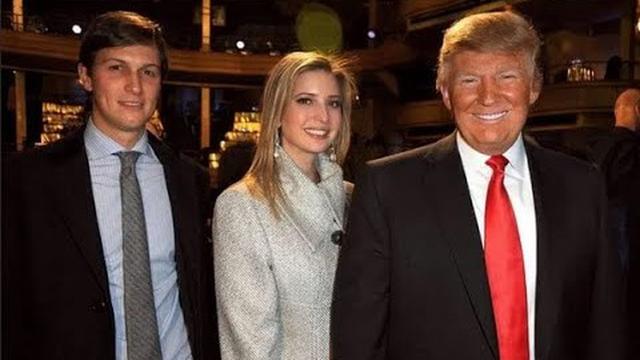 3 times to get this up…must be way over the target
Ben full of shit uses others info.
I posted here in 2019 about Jared Kushner being replaced but THE BITCH BOYS and charLIE ward have removed many things since 2019..I am sure must be a coincidence.
Sam Muggzi also stated this some years ago.
Ben full of shit just like charLIE ward and others are ONLY told so much.
They can only tell you what they are told. Ben full of shit –real name Greenberg just like grandson of David Rockefeller–Mark Suckerberg–real name is Greenberg and saint hitler and saint mengele also used the name GREEN in South America..i am sure all this is just coincidences.
Ben full of shit told us in 2012 that Bill gates was being arrested.
Ben full of shit also has come out and claimed that Trump is dead and many of the boys everyone just loves ran with it like they did with VENOM in The WATER..just like everyones favorite dirty old men.clify HIGH,maxy egan,charLIE ward.
Connect the dots some are new boys on the block like saint janines new boyfriend who promotes her- mark attwood who also promotes kent dunn and the bullshit that TRUMP is DEAD and OH MY buy buy buy because the NWO is coming and fear porn like mikey adams and the dirty old men. Dark OutPost another one who had CCP cirstn w on and now has kerry cassidy on and pushes the BS from kent dunn..ONE BIG CLUB selling BULLSHIT and silver, gold to make THE MON NEY.

Kinninigan threatened me here in 2019 that he was going to shut me down
My source knows him and has given him much information about Reptilians.
His problem is that all the money he has made for many years goes to booze and marijuana,
another mind gone to waste…..I am still standing despite him and saint janine and charLIE ward ,The BITCH BOYS and FREEMASON FLYNN.
Not my opinion but as told to me from Off Planet
(((((((most so called whistleblowers are reps or darkos themselves)))))
Over 90% of your so called truthers that everyone just loves so much are working for the Black hats.
and here you go
November 15..had nothing to do with all that everyone thinks about but NEASARA as it has to be TOLD.
Ascension..you will be leaving 3d Matrix were saint hitler and all FREEMASON , SATANIC boys operate.
2023 you will be in a NEW EARTH a better world.
and i have mentioned this many times here but it goes to deaf ears.
In 5D Reptilians can not handle the Frequency. They will stay in THE MATRIX and 4D with all your favorite heroes including saint hitler and all the Flat heads and Pedos…
so be careful who you follow
EBS will happen by end of this year so that everyone learns the TRUTH.
All the Bullshit the BITCH u te Trending crowd spews will be over soon….
FREEMASON FLYNN is a CLONE
charLIE ward is a CLONE
sinman parkes ..if you saw him last week ..the teeth,hair,no cats puffy face…CLONE
Yellow rose for texas your question about Flynn. He always worked for THE CABAL and was working both sides like some others everyone loves so much. He was telling the Deep State what Trump was going to do and everytime he was going to do the EBS .The Deep state knew ahead of time from saint Flynn.
So he was arrested and replaced and is now abbott and costello with charLIE ward Clone.
what is coming ..no poverty..no wars ..nothing can stop what is coming..
nothing.
You will have MED BEDS next year.
New elections in March, all the ones now do not mean anything
You will be giving financial help to rebuild your LIFE…..
as everyone on the Planet needs to have help rebuilding their Life.
Your taxes paid into the illegal Rothschild IRS collection agency will be given back to you
for the last 10 years
Social security payments will be from $3,000 to $5,000 every month.
You will not need gasoline for your car..ET Technology will give you cars that eventually will fly.
You will have FREE ENERGY
You will not be a SLAVE anymore.
You will be able to pusure your DREAMS..most will want to work and make their Dreams come true..the lazy ones will stay in 3D Matrix with all their favorite dirty old men in Low Vibration
as in 5D is for those with High Vibration…LOVE is the answer
GET out of your MIND
and into your HEART
as your HEART will never Lie to you.