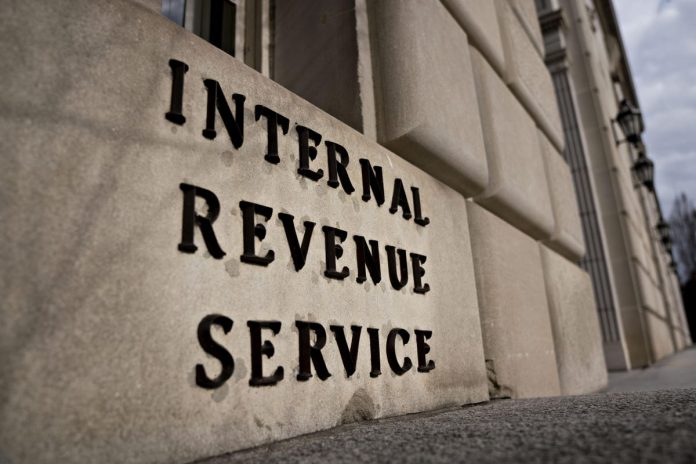 The Internal Revenue Service has yet to receive its $80bn taxpayer gift but has already begun a mass hiring spree, according to agency insiders speaking under promise of anonymity.

On the morning of August 7, only hours after Deep State fool Kabula Harris delivered a tiebreaking vote that strengthened an agency of grifters, the IRS began working a backlog of applications and accepting new ones. It approved 950 overnight.

One source told RNN that the IRS is applying rather unusual and discriminatory standards to whom it hires.

“It’s not hiring bean pushers—accountants. Right now it’s hiring men with a physically intimidating presence, and applicants with a military or law enforcement background get shuffled to the top of the deck,” he said. “They’re getting rubberstamped.”

IRS Commissioner Charles Rettig has said he wants to “massively strengthen” the agency’s Criminal Investigation Division, which, according to him, currently employs approximately 1500 Special Agents. Sources, however, claim the actual number of active Special Agents is several times that figure.

A recent IRS recruitment ad on jobs.gov read: “Key requirement for applicants is that they have to be “legally allowed to carry a firearm,” and “major duties” include “Carry a firearm and be willing to use deadly force, if necessary” and “Be willing and able to participate in arrests, execution of search warrants, and other dangerous assignments…and look good doing it.”

By the next day, the ad had been rewritten to omit references of deadly force and looking good, possibly due to media backlash and stories RRN had written about the agency’s gung ho attitude, and the military’s seizure of a shipment of weapons bound for the IRS in Washington, D.C.

When RRN reached out to the IRS for a comment on the employment ad, the hiring process, and the weapon requisitions, an agency spokesperson bluntly said, “We don’t speak to the likes of you.”

This was a typical response given to anyone not associated with the mainstream media, our source said.

“They won’t tell you shit. Not how many new hires will be CIs. Not how many guns they’re looking to get. But Rettig recently put in a purchase order for 22,000 sidearms, so, assuming one sidearm per agent, 22,000 new Special Agents. A little less than a quarter of what they’re hoping to hire. So, they’re not gonna find 87,000 new employees overnight, and probably not in the immediate future, but it’s only a matter of time, and don’t believe the IRS mouthpieces who say it’s to replace retirees. That’s a load of crap. The IRS’s goal is to militarize itself,” he explained.

Commissioner Rettig, he said in closing, feels that average Americans don’t pay enough taxes, and those persons who get refunds generally don’t deserve them.

“Have you noticed the IRS renamed its offices from IRS buildings to IRS Tax Assistance Centers. The only thing they want to assist you with is going bankrupt and making you dependent on government handouts, conditionally,” he said.

In addition to Telegram, RRN is now on Gettr and Truth Social. Our handles on the latter two platforms is REALRAWNEWS1. Please be aware there are counterfeit real raw news accounts out there.