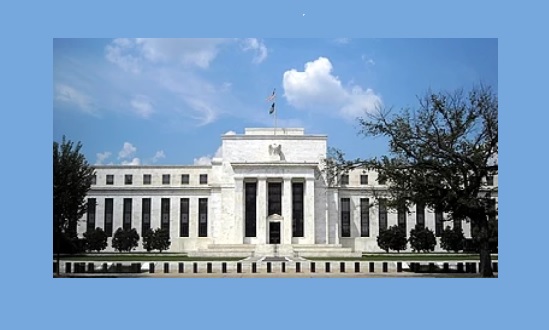 Three-time, best-selling book author Nomi Prins says the reason why there is so much uncertainty and chaos in the global economy comes down to one simple theme, and that is a couple of decades of central bank money printing has created the biggest Ponzi scheme the world has ever seen.

Prins explains, “The Fed and other central banks have created basically this idea, and put it into practice, whenever there is real crisis, however they deem it, they are going to print money, and a lot of money. . . and pushing this envelope forward on the back of a very artificial fabrication of money. That is the Ponzi scheme here. The Ponzi scheme is actually the money that is sloshing around and is somehow owed more to reality. That it is owed to actual profits, actual production, actual growth in the economy, which it isn’t. . . . Look at the way money gets printed . . . as we saw and everybody woke up from the pandemic. Look at all the closures in the economy, and the economy still has not gotten back to where it was. It is still not stable. People are still facing economic angst, but the Fed created four and a half trillion dollars of money basically overnight. That’s a Ponzi scheme.

That is something that is going to keep going whenever there is a crisis, and that is going to paper over the fact we are not actually healthy. . . . That’s the definition of a Ponzi scheme when you always have new money coming in, and in this case, it’s new money being created by the central banks. It will replace any cracks, any faults, any problems that are emerging along the way. . . The Fed doubled its balance sheet and did not double the economy. . . . That’s a Ponzi.”

Prins goes on to say, “We are not retiring $30 trillion in U.S. debt. We are not retiring $287 trillion in debt around the world. That is not happening. . . . Yes, there are indications we could have a massive crash, but to me . . . I think there is a treadmill that is spinning here that is going to keep spinning instead of completely crashing. That’s why I think there is going to be a lot of mini crashes, followed by mini rallies along the way. I don’t think we are in a period, which is why I call this a permanent distortion, where there is going to be a backing off of all the money that is being created. . . . I don’t see one massive crash. I see massive turbulence, which is this permanent distortion. . . .I don’t see an end point unless there is an external factor. . . .There are things that are coupled with the instability we have in the markets relative to this money being printed . . . and if they come at the same time, yes, we could have a massive crash, we absolutely could.”

Meanwhile, in the real economy, the struggles for common people will continue to get worse. Prins says, “Right now, about 20 million families in the United States are behind by one or more payments on their electric bill because they cannot afford them at these levels relative to rent and food and all these other things that are going up. 20% of Americans are using their credit cards now to pay their utility bills, and they are starting to get behind on those credit cards for which rates have gone up. So, we are in this situation where all these problems are happening at the same time for most real people in the real economy. . . .Raising interest rates so quickly is hurting people way more than people leveraged in the markets.”

Prins’ advice for common people is to stay away from debt, buy gold, silver and other metals, and hold on to some cash. Prins says, “I do think the dollar will weaken from its high levels, but I think it is going to strengthen first. . . . When we get to the Fed three-part pivot (smaller rate increases, followed by neutral policy and then more money printing), we are going to see a weakening of the dollar.”