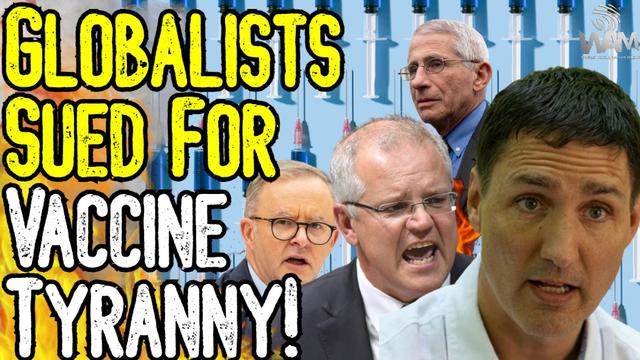 Josh Sigurdson reports on the recent news of several globalists getting sued over vaccine technocratic tyranny in 2021 into 2022.
From medical discrimination of every day people to the firing of millions of doctors, police, military and truckers. The Canadian government and the Australian government have been absolutely exposed. To a lesser but still powerful extent, the US government, British government, Dutch government and New Zealand government has also been exposed.
Recent information has come out showing that the vaccine restrictions were not based on science, but rather on politics. Trudeau is being sued for this dictatorial move as the EU itself calls him an authoritarian dictator. We all knew this was about control and politics, but to see the government actually face massive lawsuits and get exposed by people from Britain of all places is truly incredible.
Meanwhile, countless doctors are suing the Australian government over getting fired and the case is actually gaining a lot of steam!

In this video, we break down this most recent shift as countless studies pile up regarding the danger of the clot shots!

Stay tuned for more from WAM!