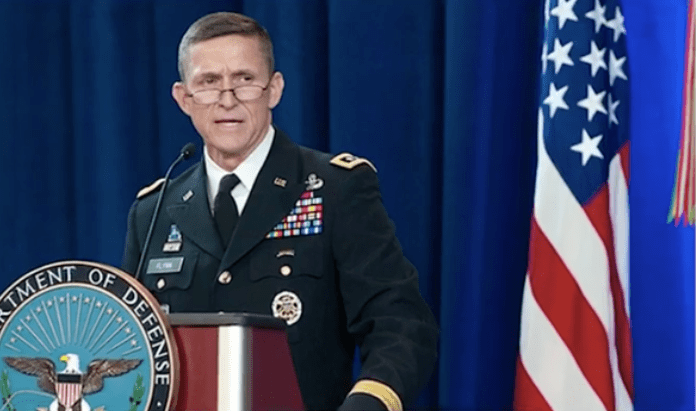 General Michael Flynn delivered this stern ultimatum to those politicians and public personas, as well as administration workers, who were involved in the election fraud and the continuous events around the black November 3rd.

In a message generated through his personal Telegram account, Gen. Flynn urged the “dirty fellows” to step forward, before it’s too late. He made his statement following the surprise and success of the conducted audits.+

Specifically, the Maricopa, Arizona audit is in the final stretch.

“Maricopa County officials (and other county and state officials around the nation who are hiding from the truth or lying to the American people and to themselves), The American public is willing to forgive you, if you own up to your mistakes. This doesn’t mean you will not still be held accountable but you will be forgiven.”

The evidence that is already collected indicates massive irregularities and positive proof for election fraud.

“At a preliminary hearing on July 15 in the Arizona Senate, some of the serious irregularities detected were previewed:

“Fox News and other media outlets incorrectly side with the outdated and terrible Maricopa County Election Board to report no fraud found in the Presidential Election” pic.twitter.com/8qSwedbkOt

Having this evidence in mind, and also, adding that Joe Biden won by around 10.000 votes in Arizona – state senators are already going out in the public and calling for the decertification of Arizona’s electoral votes, calling for a new election!

I’ve seen enough evidence to challenge the validity of the certification of the Maricopa County Election results.”

to turn over, & tens of thousands of unauthorized queries demonstrating how insecure the election was, I call for the Biden electors to be recalled to Arizona & a new election must be conducted. Arizona’s electors must not be awarded fraudulently & we need to get this right.

And President Trump’s attorney, Rudy Giuliani, went a step further, saying that “it is not necessary for the Arizona government to decertify the electoral votes, as it can be done directly by Arizona Senate President Karen Fann.”