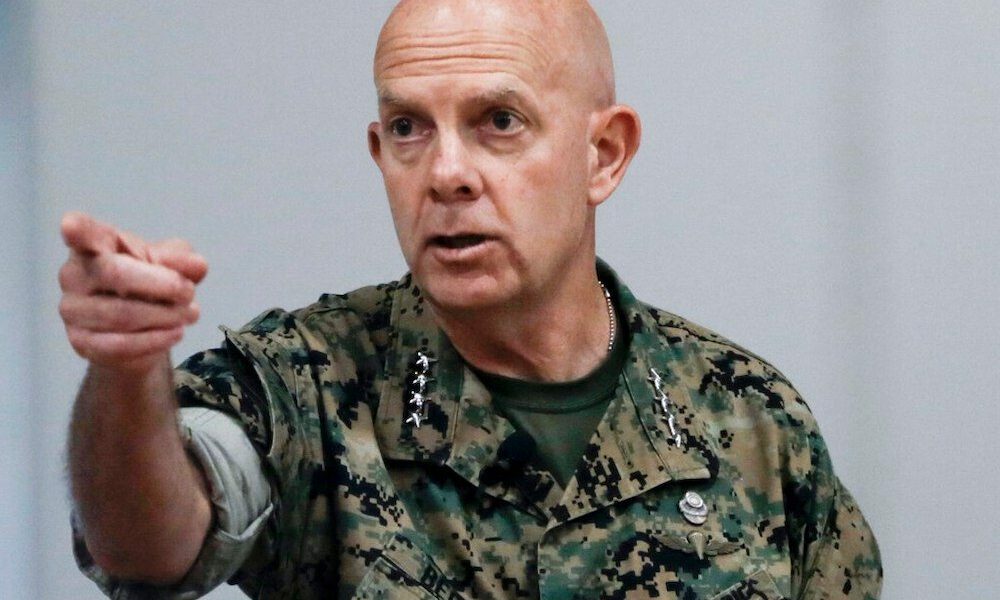 The general, he said, endured the following wounds during his week in captivity:

Lacerations to the face

Blunt force trauma to the torso, arms, and legs

The kidnappers had strapped him to bed while beating him black and blue. His left eye was swollen shut. His right ear looked like a cauliflower and his face mashed potatoes. Miraculously, CT and MRI scans showed no sign of brain damage or internal injuries. The sadistic agents, our source said, seemed skilled at attenuating use-of-force to torture and cripple the general without rupturing his kidneys or spleen or collapsing his lungs. Nonetheless, he spent several days in such excruciating pain that even a self-administered morphine drip gave him only moments of relief.

He has already undergone surgery to repair his broken kneecap, and his ribs will mend with time.

“A lesser man would’ve prayed for death,” our source said, “but not Gen. Berger. He’s been conscious and has been debriefed. He said his abductors never interrogated him, never asked him a single question, just beat the living shit out of him for fun. They also kept him sedated so he couldn’t break free. According to the surviving CIA goon, they were waiting for Secretary of State Lloyd Austin’s people to pick him up.”

As reported, the surviving spook told NCIS investigators that he and his posse were “off the reservation” and operating without Langley’s approval when they abducted Gen. Berger. He insisted that Lloyd Austin had issued a bulletin calling for the general’s arrest and promised a sizable reward if they captured Berger alive and intact. He said the bounty was $2,000,000, which they had planned to split. He denied partaking in the beating of Gen. Berger and said he had tried to dissuade his comrades from pummeling the general half to death, as they risked accidentally killing him and compromising their chances of getting the reward.

NCIS thus far has been unable to prove or disprove his claim, but Generals Berger and Smith are confident Lloyd Austin had a hand in the operation. When Smith told a weary but Lucid Berger about the surviving spook’s assertions, Gen. Berger recounted Austin’s Dec. 6 ultimatum that all senior White Hat officers surrender by Dec. 22 or face the consequences.

Gen. Berger admonished himself and said he’d been sloppy. “I should’ve been more careful,” he said when Gen. Smith visited him at the hospital. “They’ll be watching you too now. When able, I want to see the bastard you caught.”

“It’ll take a while, but General Berger is expected to recover fully. He isn’t happy. If Austin and CIA Director Burns coordinated this, they’d be hell to account,” our source said.