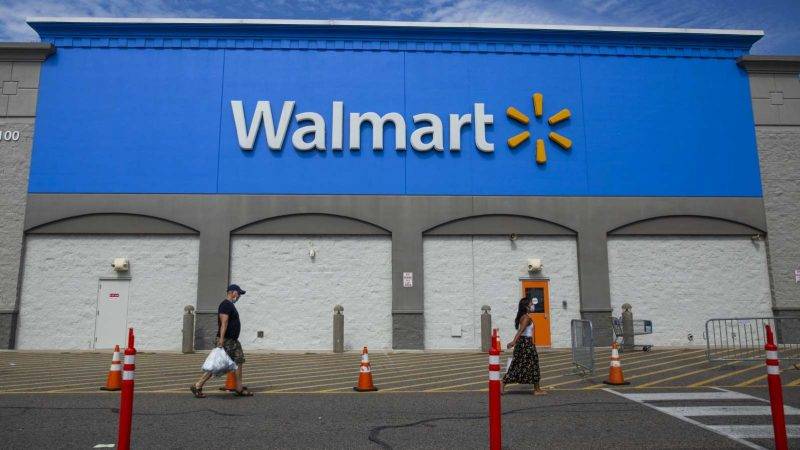 Four girls have been arrested after a 15-year-old girl was fatally stabbed inside a Walmart in Louisiana.

Deputies responded to the Walmart store on Highway 14 in Lake Charles at around 7.30 p.m. on Saturday, the Calcasieu Parish Sheriff’s Office said.

The sheriff’s office said there had been a fight between several girls inside the store and a 15-year-old girl was stabbed. She was transported to a local hospital, where she later died.

Four girls, all aged between 12 and 14, were booked into the Juvenile Detention Center.

At a news conference on Sunday, Calcasieu Sheriff Tony Mancuso said the suspects had stolen knives from the store and posted footage of the attack on social media.

“We have videos of everything that took place and it’s very disturbing, it truly is,” he said, before urging parents to monitor their children’s social media accounts.

Mancuso also noted the incident was the third homicide in the past six months that involved juveniles.

“We have a problem in our community we’re going to have to face and address,” he said.

Noting the suspects in Saturday night’s stabbing came from “all backgrounds, all races,” Mancuso said: “This is just a problem that we are having with kids having access to weapons, in some cases stealing weapons. In last night’s case, they stole knives from the actual store where they were at.

“It’s really heartbreaking when we have to come in and pick up the pieces because so many families are damaged after this… It’s just a cycle that we have to stop and we’re just fed up with it.”

Mancuso added that this is “not a police matter,” but a “parenting issue.” However, he said authorities would take an “aggressive stance” to tackle the problem.

“We have got to do something to get the juvenile crime under control. We can’t police our way out of it. I’m asking you this tonight for our parents to take control,” he said.

“We as a society cannot tolerate this behavior. We cannot just sit back and let this go on… you’re going to have to find a solution for this. We’re not the answer. The police is not the answer.”

The Calcasieu Parish Sheriff’s Office and Walmart have been contacted for additional comment.