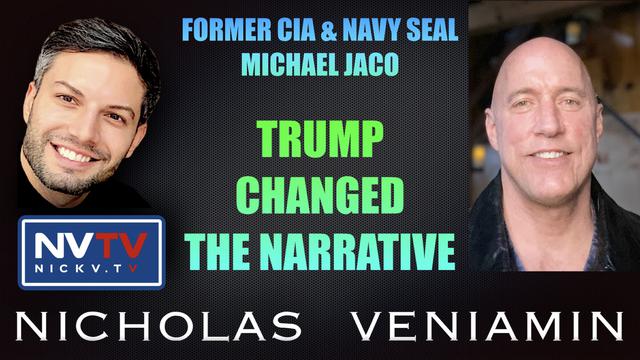 British comedian Russell Brand has come out in full support of Donald Trump and has admitted that Hillary Clinton knowingly lied about Trump-Russia collusion to tens of millions of Americans.

After reviewing the latest news that the Department of Justice just charged Clinton lawyer Michael Sussmann for lying to the FBI about the Trump-Russia hoax, Brand said he was “flabbergasted” by the fact that the evidence now proves that “Russiagate was a Democratic conspiracy.”

Breitbart.com reports: Brand said that as a leftist, he wants to believe that the Democrat Party is the party of “diversity and truth and social justice.” But he added that the new evidence is worrisome. “What my concern is becoming is that these are totemic issues pushed to the forefront to mask ordinary, regular corruption,” he said

Brand’s concerns were sparked after special counsel John Durham charged Michael Sussmann with lying to the FBI about the origins of the Russia “collusion” accusations lodged against Donald Trump in 2016.

Durham alleges that Sussmann met with the FBI in 2016 to tip the agency off that Trump was colluding with Russia but did not disclose potential conflicts of interest with the Clinton campaign and that the info he was passing on came from the Perkins Coie law firm that is linked to the Democrat Party.

“Sussmann’s false statement misled the FBI General Counsel and other FBI personnel concerning the political nature of his work and deprived the FBI of information that might have permitted it more fully to assess and uncover the origins of the relevant data and technical analysis, including the identities and motivations of Sussman’s clients,” the indictment says.

Comedian Brand finds all this to be shocking news — evidence that all the accusations of Trump colluding with Russia were untrue, a naked political stunt.

“It seems like years ago that we were hearing that Trump was colluding with Russia, that he wouldn’t have won the election without Russia, that his whole presidency was kind of a Putin plot,” Brand exclaimed on his video.

Brand continued, “we have to recollect just how prevalent this story was. Every late-night talk-show, all over the news, it was just — you were bombarded with it.”

Brand added that he never paid too much attention to the Russia conspiracy claims in 2016 but did note that it was a “defining issue” of the Trump years and that it was still being held over his head when he ran for reelection.

“And it was like, being sort of in a way discussed as if it was just an absolute fact. To discover that this was propaganda, a construct, a confection by the Democratic Party — who, of course, are now in government — is kind of beyond disappointing, because you begin to question and query what other things may not be true,” Brand said.

“Once you recognize that people create certain truths in order to meet certain ends and aims, the idea that you might be able to trust their integrity obviously dissolves,” he said disgustedly.

In the end, Brand said he is no less than “gobsmacked” that this whole anti-Trump conspiracy has been revealed to be nothing but a Democrat dirty trick and that there isn’t an ounce of truth to this attack on Trump.