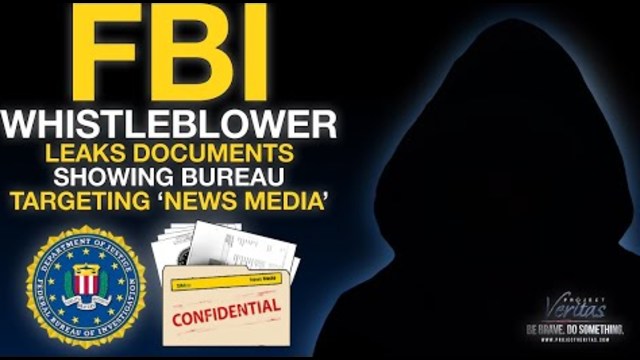 BREAKING: FBI Whistleblower Leaks Document Showing Bureau Targeting ‘News Media’
• Document reveals the FBI labeled Project Veritas as “news media,” and categorized the probe as a “Sensitive Investigative Matter” due to Veritas being journalists. This is a direct contradiction of the U.S. government’s in-court position that Project Veritas are not journalists.
• The whistleblower, who has several years of experience as an FBI Special Agent and is still on payroll with the Bureau, came to Project Veritas with the document after seeing what he calls “a number of troubling things that are happening in the FBI.”
• The document also shows the federal investigation was launched into Project Veritas the same day Ashley Biden’s Attorney, Roberta Kaplan, said, “This is insane. We should send to SDNY” in response to a request for comment on the contents of Ashley Biden’s abandoned diary.
• Additionally, the FBI categorized the investigation into an abandoned diary under Threat Band I, which is usually reserved for “threat issues that are likely to cause the greatest damage to national interests or public safety in the coming year.”
• The Whistleblower also revealed how the document shows surveillance of Project Veritas included use of CAST tools, an analysis which includes cellular geolocation tracking of phone devices.
• FBI Whistleblower: “Tyranny happens incrementally, and it happens by a bunch of people agreeing to small injustices over and over simply to keep their paycheck and their pension…to maintain your paycheck and pension that gives you the Holocaust”
[NEW YORK – May 11, 2022] A source within the Federal Bureau of Investigation has come forward to expose the FBI’s targeting of members of the “news media” including information about what the FBI calls a Special Investigative Matter (“SIM”) regarding their investigation into Project Veritas over Ashley Biden’s abandoned diary.

According to a document obtained and published by Project Veritas, the FBI opened an ..