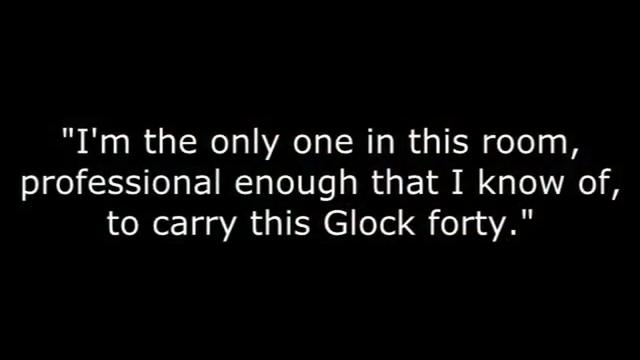 One of the 3 letter mafia families doing what they do best. And he is suing the government. I can’t make this crap up.
And there is more to the story:
DEA Agent Who Shot Self Presses Forward In Suit Against Gov’t:
A Drug Enforcement Agency agent who shot himself in the foot during a classroom demonstration in a video that went viral on YouTube is asking an appeals court to rule that the disclosure of the video was an invasion of privacy.

“I am the only one in the room professional enough, that I know of, to carry this Glock 40,” Paige said just before he shot himself in the foot. He continued to deliver his presentation as he hobbled around the room, trying to turn it into a lesson for the children in the room.

The video not only made the rounds online but was shown on the Jay Leno Show, CNN HeadlineNews, Fox News and the Jimmy Kimmel Show according to court documents.

Hilarious. You don’t get compensated for being a dumb ass… dumb ass.