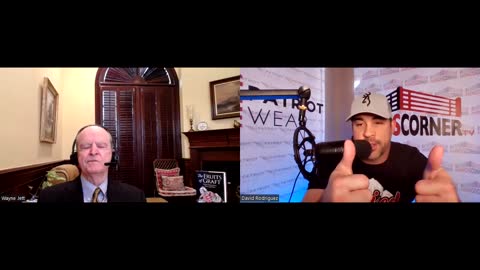 Wayne Jett is a scholar and avid researcher. He’s the author of the book “The Fruits of Graft” which can be found on www.ClassicalCapital.com It is Wayne’s opinion that all of what we are witnessing could be military optics. He believes firmly that patriots are in control and major moves are happening behind the scenes.

He speaks on military optics and why the SCOTUS Brunson case could be the straw that breaks the camel’s back publicly. YOU DECIDE!

Wow…what an amazing interview to watch. Loads of interesting and thought provoking info. Nino, I thought your interviewing technique was awesome! You let your guest speak from their heart, and most importantly, you gave Wayne time to explain very articulately his detailed understanding of the current paradigm we more likely than not, exist in!

Every time I listen to Wayne, I learn something new, such an amazing and humble person, but a fighter for the truth, and a positive force for the growing human consciousness of the planet, just like your self! Much love to you both for trying to be the best that you can be, and I believe doing the right thing by putting Truth, Freedom and Love before money!

God Bless You Both!