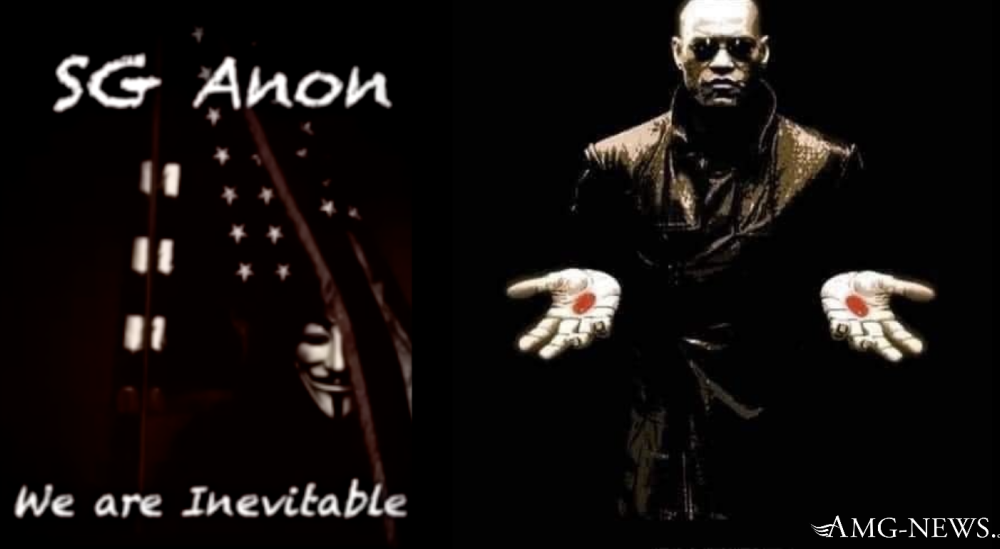 The DS is still in control of most of the Social Networks as is SCOTUS, though later in the video he said the military is in control of SCOTUS. He said the DS is being dethroned. We are reaching a “generational awareness” of getting rid of the “fear matrix.” We must achieve a “world-wide connectednesss” with everyone. We are “sovereign beings.” We must break down the “old ways.” We must achieve unity and a “common understanding” against the “existential threat” we are facing.

There are huge underground cities the size of Dallas, TX where the Cabal has hidden for years. We must remain “organic” with” free choice.” We are in the process of “becoming.” We have “longitudinal memory” and “world-wide connectedness” (This reminded me of the “streaming of consciousness,” a literary criticism and a narrative mode utilized by William James, a psychologist in 1890, and in James Joyce’s novel “Ulysses” 1922.

This idea looks at the practice of mindfulness which is being aware moment-to-moment of one’s subjective conscious experience. Its purpose is to cultivate self-knowledge and wisdom “apart” from God). SGAnon continues: We must disintegrate our current systems and reshape commerce. We must become unified with one another and share in a common understanding as “we learn who we truly are.” We must design a new system of infrastructure, “a new avenue to disseminate truth.”

Then he went into the procedures of searching out “truth” on the dark web. 2023 will be the year it all comes together. Confusion is a necessary part of war both for the enemy and us. This is how the power structure has maintained its control. The next few weeks will bring much change in the financial structure. More DUMBS are being destroyed. Then he said what is happening is in the spirit of Jesus. The Plan is to save the world and save man’s consciousness. We will be free. We will win this war against good and evil.

Friday the 13th is coming and is quite symbolic. He did apologize for the misleading Intel about the Brunson Case.

Thoughts: I just do not have any confidence in his Intel or his New Age Philosophy. It is very concerning, especially if it is associated with MAGA. Unity apart from the truth is a deception.

He sounds very New World Order to me in his approach to reshaping commerce and finding new ways to disseminate truth. That is vey similar to the Hegelian Dialectic (1846), where you have this idea that you are moving from enslavement to liberation.

The entire MAGA Movement is focused on this. It is the process of “becoming.” This is the very term SGAnon uses. One is to reach a higher expression of reality than the simple act of “being.” Darwin’s Evolution held the principle that man is evolving into a higher sense of being. He just needs to discover the inner spark.

That through experience (not revelation), man is moving forward to a higher understanding. It is a search for the absolute idea. You began with a thesis, then it is opposed by an antithesis, and the contradiction is then resolved by a synthesis.

The philosophy thus engaged is this: It is an interpretive method in which contradiction between a proposition (thesis) and its (antithesis) is resolved (and this is the key point) at a higher level of “truth” (synthesis).

What is really occurring is this: It was Hegel’s attempt not to find the absolute truth but to destroy absolute truth! In other words, Hegel was attempting to destroy God’s absolutes by creating a new truth. Men hate the gospel because they love their sin. This world of deception that we all have been living through is not of God.

A righteous man confronts evil head on. He does not play with it.

Why is it that we have been led on this endless journey trying to discover the truth?

Why has the truth been so hard to attain?

I keep saying where are the men?

Why all the secrecy?

Why do we have to dig for the truth?

Why is it being kept from us?

Truth has no reason to hide. It wants to be known.

SGAnon, as well as many others and especially these modern false prophets today are mixing truth with error. That is extremely dangerous. It appears this awakening process to finally get at the truth is going to go on for some time. We don’t have that time.

So where are we?

About the same place we started. The information is coming in faster than ever before, but nothing we can hang our hats on, at least not yet. I don’t have the answers. I am not going to lead you down a false trail. Is the one better prepared who believes 100% in the Plan with no concerns at all and then finds out it was not true, or the one who hopes in the Plan but has reservations thinking through all the possibilities?

And if it turns out not to be true for him, he is at least not shaken to the core. If it is all true, then all will be pleased and no harm done. It is not giving up if one has logical and practical concerns. I have tried to convey that on Telegram and FB by posting a myriad of articles and videos so that you can make your own decisions. I find it silly that appeals are being made in these court cases by Brunson and Lake. These are captured entities. It is the same ridiculous logic thinking your vote is going to count before the fraud is fixed. Fix 2020 or bust! Remember? That is why this whole 2024 election rhetoric is nonsense.

PATRIOT ALERTS: YOUR TRUMP TRB MEMBERSHIP HANDBOOK IS WAITING TO BE IN YOUR HAND

Trump will lose the majority of his support if he is waiting until 2024. Period. I still have not completely verified the Intel I received some time back. Be patient. There is no purpose in releasing it. I have no idea what is in our immediate future. January 20 is not looking favorable for some type of closure or solution. More delays are just going to cause more heartache. What is most troubling still is the V. Something just does not make sense by the fact that it has not been STOPPED!

No one is even saying to stop it except a few brave souls in the medical field who know the truth. Let me say something of comfort to all those who have gotten the V. The Lord, in His Providence, has set the exact time of everyone’s death. So, there is nothing to fear. Be comforted. Finally, it appears that some good things are happening. I saw that about the IRS legislation for it to be eliminated, that Schiff and a few others were taken off committees, and that the money for the IRS agents was removed. I did get some Intel that IRS may be sending extra checks this month. Let’s see. Also, that Kevin McCarthy is wearing an ankle monitor! Godspeed, Chip”