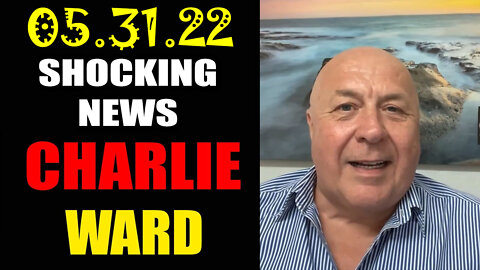 Could coping with pain be a case of mind over matter? A new study from the Netherlands shows that people can ease their pain simply by imagining something to be less painful.

The researchers decided to delve into the placebo effect. There is a growing body of evidence that our experiences are shaped by our expectations. In some experiments, people have even reported improvements after getting sham surgery to test out the placebo effect. Researchers from Leiden University set out to determine if this would also hold true when it comes to pain relief.

In the study, doctoral candidate Kaya Peerdeman used ice-cold water and visualization exercises. The participants in one group placed a hand inside a bucket of cold water and then rated their pain. The other group, however, was told prior to placing their hands in the bucket to visualize wearing a warm and protective waterproof glove with the ability to protect them from the freezing temperatures. Those who did so reported feeling less pain when they immersed their hands in the water.

The placebo effect can be problematic in some studies, such as clinical drug trials where groups that get the real treatment as well as the placebo report feeling improvements. On the other hand, there are cases like this where the effect can be used as a treatment in and of itself.

The finding couldn’t come at a better time, as America finds itself in the midst of a devastating opioid epidemic that has researchers and doctors scrambling to find safer and more effective methods of pain relief. Cognitive behavioral therapy, mindfulness, and meditation are all being used in some cases to great effect, and this could prove to be yet another valuable tool for patients with chronic or severe pain.

You might think that the placebo effect couldn’t possibly be strong enough to counteract acute pain, but studies have shown how remarkably powerful it can be. For example, a study of 200 angina patients found almost no difference in the post-op ability to exercise between those who got heart stents and those who underwent a placebo procedure.

In another study that looked at knee surgery for a torn meniscus, both the group that got the operation and those who underwent a sham operation recovered from their injury equally well. A review published in the British Medical Journal found that placebo groups noted improvements in 39 of 53 trials comparing legitimate surgery results with those of placebo operations.

A study published in the journal Science showed that the placebo effect actually changes physiological responses in the spine. In research from the University Medical Center Hamburg-Eppendorf, participants were told they were being given either an anesthetic cream or a placebo cream on their arms prior to being administered painful heat. Those who were given the cream believed to be active had significantly less pain, and fMRIs taken at the same time actually showed reduced nerve activity in their spines – even though the “active” cream was actually a placebo as well. In other words, it is not just the mind diminishing the pain; the body is actually feeling less pain.

The mind is incredibly influential, and finding a way to wield this power over your physical state could have profound implications on human health – not just when it comes to pain relief but also other aspects of your health. The Dutch pain relief study shows a lot of promise, but because there isn’t much profit to be made from simply imagining your pain away, future studies don’t seem likely to get a lot of financial backing. Nevertheless, these are principles that you can learn and apply in your own life as necessary to supplement other safe pain relief approaches or perhaps replace them entirely.