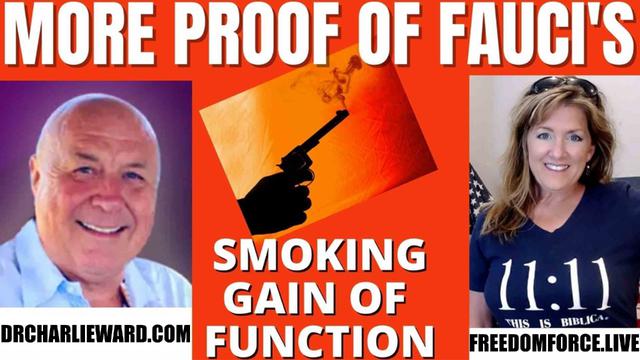 Project Veritas has done it again, this time blowing the lid on the medical deep state’s lies about the Wuhan coronavirus (Covid-19).

We now know beyond a shadow of a doubt that Tony Fauci lied under oath about dangerous “gain of function” coronavirus research, which was, in fact, taking place in Wuhan, China, just prior to the unleashing of the plandemic.

Never-before-seen military documents obtained by James O’Keefe and his team show that the Fauci Flu was, in fact, concocted in a laboratory through gain of function experiments. This same research was apparently also used to develop the “vaccines” under Operation Warp Speed.

The documents in question, which were never supposed to be publicly released, stem from a report compiled by the Defense Advanced Research Projects Agency (DARPA). These documents contain admissions about gain of function experiments that prove Fauci to be a liar for denying that they occurred.

These documents were discovered in a top-secret shared drive and corroborate with a report to the Inspector General of the Department of Defense (DoD) that was written by U.S. Marine Corp Major Joseph Murphy, a former DARPA Fellow, and later obtained by Project Veritas.

“The proposal, named Project Defuse, was rejected by DARPA over safety concerns and the notion that it violates the basis gain of function research moratorium.”

According to these same documents, the NIAID, under the direction of Fauci, directly funded the very gain of function research on bat coronaviruses that Fauci claimed never occurred. This research took place in Wuhan, as well as at several sites in the United States.

Keep in mind that Fauci has repeatedly stated under oath that neither the NIAID nor the National Institutes of Health (NIH) has ever been involved with gain of function research even though the proposal rejection letter sent by DARPA to EcoHealth Alliance, which initially petitioned it for funding, mentions it directly.

“The proposal does not mention or assess potential risks of Gain of Function (GoF) research,” reads a direct quote from the DARPA rejection letter, suggesting that EcoHealth’s request directly mentioned it as well.

Maj. Murphy’s report goes on in great detail to outline other concerns about the Covid-19 gain of function program, the concealment of documents, the suppression of potential curatives like ivermectin and hydroxychloroquine, and the mRNA “vaccines” that are now being pushed on the world.

When Project Veritas reached out to DARPA for comment about the hidden documents, Jared Adams, its Chief of Communications, said “it doesn’t sound normal to me.”

“If something resides in a classified setting, then it should be appropriately marked,” Adams said. “I’m not at all familiar with unmarked documents that reside in a classified space, no,” he added.

“Fauci et al need to be charged with crimes against humanity and mass murder,” wrote a commenter in response to the news.

It turns out that the NIH also showed intent to create the Wuhan coronavirus (Covid-19), and that it was not just an accidental lab leak.Breakthrough Patented Copper Supplement! You’ll Never Believe What It Does Until You See the Blood Video!

“He has committed clear treason!” wrote another about Fauci’s actions in all this.

“Marxists are now in control,” added another in skepticism about whether Fauci will actually be held accountable.

“Fauci will skate free. The FBI will continue to knock down doors. Illegals will vote. The only way to respond is to assemble: when you march on Vienna you take Vienna.”

The latest news about Fauci can be found at Treason.news.