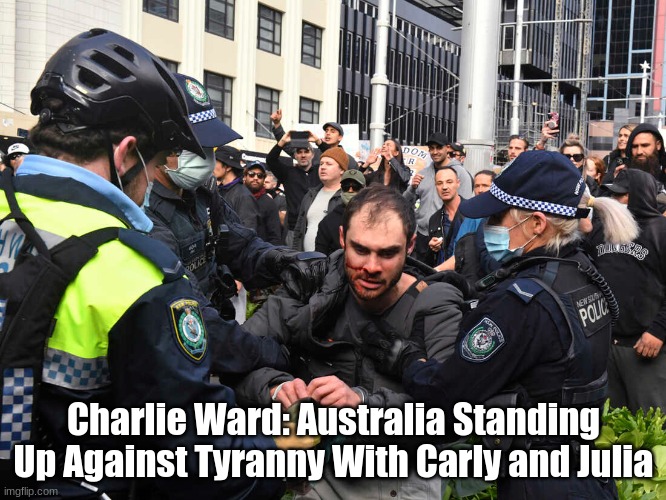 Protests over the Orwellian lock-downs in Australia have exploded into massive protests. As the Australian government seeks to tighten its grip on COVID-19, citizens voice their outrage. As getting fresh air and watching sunsets can land Australians an infringement fine, many are labeling the country’s COVID-19 response as authoritarian. While Australia grapples with the virus amid the civil upheaval, New Zealand and France experience similar struggles.

Australia has seen a surge of protests these past weeks in response to the country’s constrictive coronavirus measures. From Melbourne to Sydney, Australians crowded the streets with chants of freedom to demonstrate their disapproval.

Australia’s strict lockdown strategy will be enforced until 70% of the population is vaccinated. In an interview last Sunday, Prime Minister Scott Morrison said, “You can’t live with lockdowns forever and at some point, you need to make that gear change, and that is done at 70%.”

According to Rueter’s recent report, 60% of the 25 million Australians are currently under lock-down. The article notes how the stay-at-home orders often last for months and have “taxed the patience of many.” Citizens across the island have begun to voice their frustration.

On Saturday, August 21, thousands of maskless protestors clashed with police in Melbourne, Australia, according to The Guardian’s report. Video footage of the incident from ABC News (Australia) shows citizens crowding the streets to be met by police dressed in riot gear — some on horseback. Police used shields to press back against the crowd and doused multiple protestors with tear gas.

From The Guardian’s previously mentioned report, Australian police estimate about 4,000 demonstrators gathered in Melbourne. In the aftermath, six officers were hospitalized, and police reportedly made 218 arrests. Each arrestee was fined $5,452 for “breaching public health orders.”

Another video from DW News captures some of the violent altercations between protestors and police officers in Melbourne and similar confrontations during a large protest in Sydney where 1,500 extra officers had been deployed.