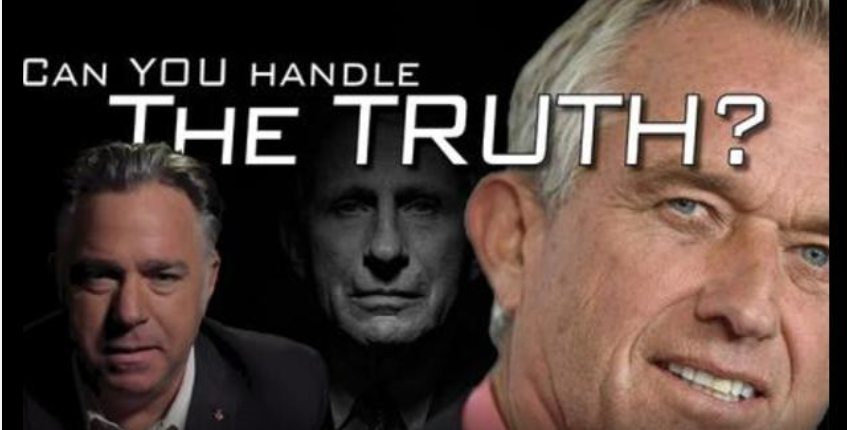 Biden’s six-pronged “attack” on COVID… here’s what’s really going on. In this “A Video from YouTube Jail”, Michael J. Matt discusses the YouTube-Free future of Remnant TV. Why is Big Tech trying to cancel us, unless it’s because we’re speaking truth and they can’t handle the truth? Plus, Michael shows a heartbreaking clip from an appeal made by Mr. and Mrs. Smit, an Australian couple whose daughter was just sent to prison for standing up against COVID lockdowns. Monica Smit is now the only political prisoner on Australian soil. And for WHAT?!

By the way, Michael also points out that Monica Smit is a traditional Catholic who is a big promoter of the Christus Rex Pilgrimage in Australia. Michael closes out his show by turning it over to Robert F. Kennedy, whose latest talk rips the mask off the COVIDIACS and exposes them as the same globalist madmen who were behind the military industrial complex 60 years ago. This one’s not for the faint of heart. If you can’t handle the awful truth of what’s really going on here, you may wish to go back to YouTube where you’ll be safely shielded from all of it.

What if I were to tell you that a key Council Father at Vatican II was also an honored guest speaker early on at the World Economic Forum in Davos?

What if I were to also tell you that, in addition to being close to Klaus Schwab 40 years ago, this archbishop also held a secret meeting in the middle of the night under the streets of Rome to plot the downfall of the traditional Catholic Church at the close of Vatican II?

A wild conspiracy theory? A plot from a Malachi Martin novel?

Well, it’s absolutely true. We have startling new video of Klaus Schwab giving it all away. Want to know what Francis is all about? Well, this is it! No wonder he’s going to the Glasgow in November to address the UN climate change conference. And guess what? While in Scotland, Francis will NOT offer a public Mass. This video is for anyone, Catholic or otherwise, who wants to know what’s going on in the Vatican with Pope Francis and the Globalist movers and shakers of the New World Order.