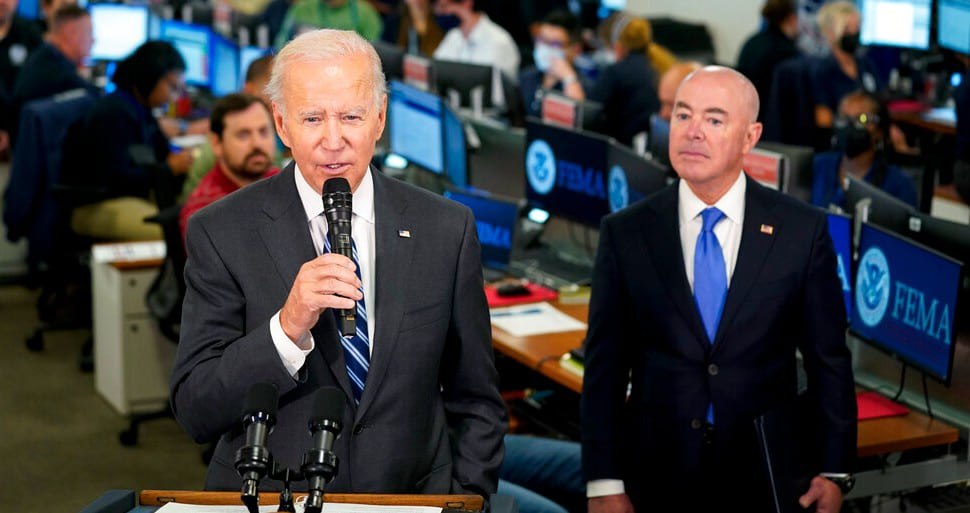 “The articles of impeachment against Mayorkas for ‘high crimes and misdemeanors’ known as House Resolution 8, were introduced by Fallon in the House on Monday and have been referred to the House Judiciary Committee. Last week, Fallon vowed to file impeachment articles against Mayorkas after the Congress was sworn in. The effort from Republicans in the House is one of many that the new GOP majority will take as it works to fight the Biden administration on issues related to immigration and the southern border crisis,” Fox News reported.

“Since day one, Secretary Mayorkas’ policies have undermined law enforcement activities at our southern border. From perjuring himself before Congress about maintaining operational control of the border to the infamous ‘whip-gate’ slander against our border patrol agents, Secretary Mayorkas has proven time and time again that he is unfit to lead the Department of Homeland Security. His willful actions have eroded our immigration system, undermined border patrol morale, and jeopardized American national security. He has violated the law and it is time for him to go,” Fallon said last week.

The first article of impeachment accuses Mayorkas of failing to faithfully execute the “Secure the Fence Act of 2006,” which is a law requiring the DHS secretary to “maintain operational control over the entire international land and maritime borders of the United States.”

The second article alleges that Mayorkas, “in violation of his constitutional oath, willfully provided perjurious, false, and misleading testimony to Congress.”

The third and final article says Mayorkas “publicly and falsely slandered” border agents who were accused and cleared of whipping Haitian migrants in Del Rio, Texas, in 2021.

“The 511-page report by the U.S. Customs and Border Protection’s Office of Personal Responsibility found ‘no evidence that [Border Patrol agents] involved in this incident struck, intentionally or otherwise, any migrant with their reins,’” Fallon writes. “Secretary Mayorkas slandered his own Border Patrol agents and TXDPS Troopers involved in this incident, contributing to a further decrease in already-low morale among agents.”

During an appearance on the ABC show “This Week” on Sunday, Mayorkas said he does not have any intention of resigning, knowing that he faces investigations and even a possible impeachment from the Republican House of Representatives.

“As of yesterday morning, Kevin McCarthy is speaker of the House. And back in November, he suggested that you might be impeached if you don’t resign. Here’s what he said,” host George Stephanopoulos said as he played a clip of what Speaker Kevin McCarthy said.

“If Secretary Mayorkas does not resign, House Republicans will investigate. Every order, every action and every failure will determine whether we can begin an impeachment inquiry,” the Speaker said.

“What’s your response to the speaker?” the host said.

“I am joining the president today on his visit to El Paso, Texas. I’ve been to the border quite a number of times,” the secretary said.

“I’m joining the president at the North Mexican Leader’s Summit in Mexico City to work with our partners in Mexico and Canada to address the security of the homeland. I’ve got a lot of work to do. I’m proud to do it, alongside 250,000 incredibly dedicated and talented individuals in the Department of Homeland Security and I’m going to continue to do my work,” he said.

“So, you have no intention of resigning?” the host said.

“Are you prepared for the investigations?” the host said.

“I am. I will be. And I’ll continue to do my work throughout them,” the secretary said.

STEPHANOPOULOS: As you said, you’re going to be joining the president today, both at the border and then on to Mexico. What do you hope to accomplish on this mission?

MAYORKAS: I have been to El Paso as recently as just a few weeks ago. I’ve been there quite a number of times. I’ve spoken with the president. He has requested my visits to the border. I have gone on my own, of course.

This is something that is not unique to the United States. It’s gripping the hemisphere. And a regional challenge requires a regional solution. And that’s one of the elements of the North American Leader’s Summit that we look forward to addressing.