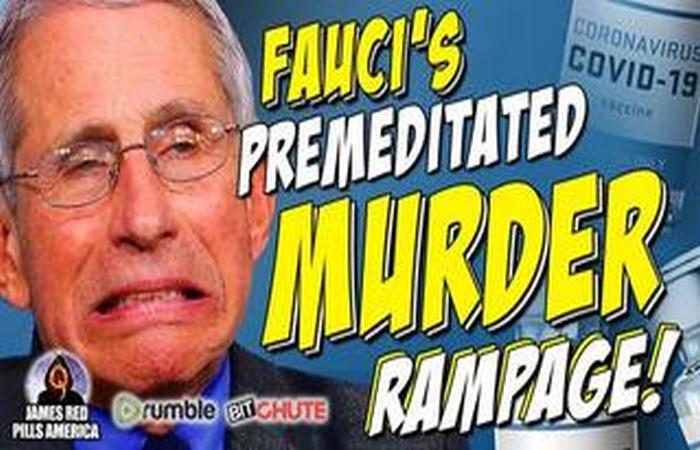 Many people are unaware of just how long Anthony Fauci has been a mainstay in the federal government. Going back all the way to the early 1980s, Fauci has been trying to scare people into fearing their loved ones, just as he continues to do today with the Wuhan coronavirus (Covid-19).

Back in 1983, it was AIDS that Fauci was touting as the scary “pandemic” of that day. He was the first to publish an article in the Journal of the American Medical Association (JAMA) warning that people within the same household could spread AIDS to each other without sexual contact, which was never actually proven.

The mainstream media ran with Fauci’s narrative, though, even though it lacked definitive scientific proof. A UPI wire dated May 5, 1983 warned that “Household contacts can transmit AIDS” – again, despite the fact that Fauci never proved this and even admitted to such.

From there, fear began to spread as people worried that they might catch AIDS from their kids or their doctors, or perhaps the waitress at the local diner. AIDS was everywhere, was the messaging that was trumpeted, thanks to Fauci’s claims, and the goal was to get everyone “vaccinated” for AIDS at some point in the future.

That plan failed when the medical establishment never actually came up with a workable jab for AIDS, but you can be sure that Fauci tried. And he has continually tried with each new iteration of some scary new virus, whether it was MERS, SARS, or most recently the Chinese Virus.

“We now know, of course, that Fauci’s theory was wrong,” reports Blacklisted News about Fauci’s fake science concerning the spread of AIDS. “HIV, the virus that was later discovered to cause AIDS, only transmits by exposure to infected bodily fluids such as blood, or by sexual contact.”

“The damage was already done though, as the media went to work stoking alarm about AIDS transmission through simple routine contacts. Hundreds of newspapers disseminated the distressing theory from Fauci’s article. Writing a few weeks later, conservative columnist Pat Buchanan enlisted Fauci as the centerpiece of a rebuttal against Health and Human Services Secretary Margaret Heckler, who told him ‘there is no evidence … that the general population is threatened by [AIDS].’”

Fauci has continually proven his untrustworthiness for nearly 40 years

Many people eventually figured out that the mainstream news had wildly overblown how AIDS actually spreads, but most did not make the connection to Fauci. Back then, he made brief appearances, if any at all, before slithering back into his hole to come up with the next public health hoax.

Looking back on Fauci’s legacy, it becomes clear that he was always careful to use words like “could” or “may,” which freed him, at least publicly, from liability for his bizarre claims. Fauci would drum up some new scare story behind the scenes about some “deadly” new virus, the media would run with it, it would later be debunked, and Fauci would just move on to the next false narrative.

This political dinosaur has never been honest, is rarely correct about anything, and yet he would seem to have permanent tenure within the constructs of the federal government. We have to ask ourselves: Why do we put up with these charlatans, let alone continue to pay them our tax dollars to keep lying to us about the next great scare?

“Fauci should be jailed for crimes against humanity,” wrote one commenter at Blacklisted News about where Fauci belongs.

“He is the perfect demon versus humanity on planet earth,” responded another, noting that Fauci fits right in with all the self-serving politicians who continue to cover for him.

More related news about Fauci’s legacy of lies and deception can be found at Corruption.news.