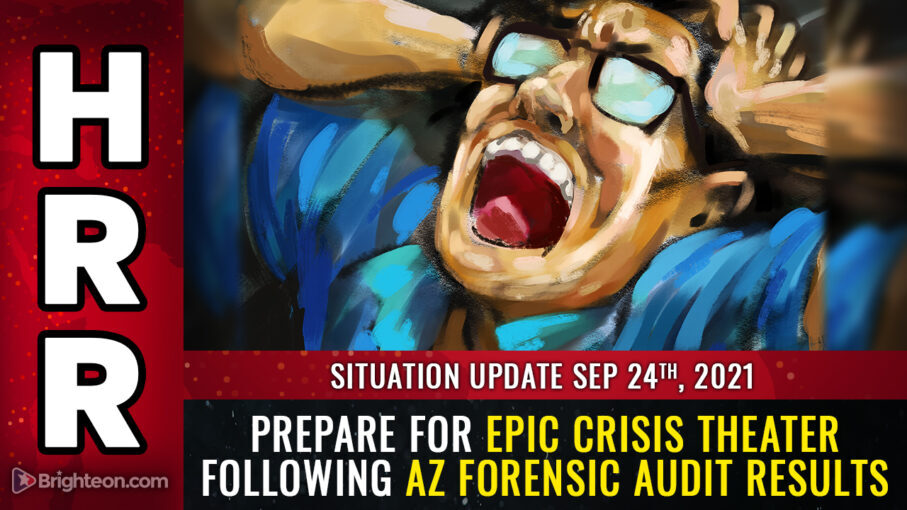 The Maricopa County forensic audit results have been leaked, and if the draft documents are correct, they already show over 54,000 fraudulent, faked and otherwise invalid ballots — more than five times the margin of “victory” for Joe Biden. (See the draft table below.)

And this is from just one county alone: Maricopa. If the same holds true across other counties in Arizona, the fraud vastly exceeds 100,000 ballots. (Pima, Pinal, Cochise, etc., haven’t even been audited yet.)

That means Biden didn’t win. The election was rigged.

The lying left-wing media is going to try to gaslight the nation and falsely claim the audit proves Biden somehow did win. That’s a brazen lie, like saying 2+2=5. (But what else would you expect from the media these days?)

If Biden won the state by 10,000 votes, and the forensic audit of just one county turns up 54,000 invalid ballots, the election outcome is invalid and must be decertified while other counties are audited to get the full picture across the entire state. Interestingly, Texas has just announced a full forensic audit of the 4 largest counties in the state, all dominated by dishonest Democrats and their relentless vote fraud. This is going to have huge implications in the 2022 mid-terms, if we even make it that far.

As the truth about all this begins to seep into the consciousness of the American people, the illegitimate Biden regime will be seeking to unleash desperate measures to distract the American people with another engineered crisis of some sort.

We see the next 7 days as a high risk window of opportunity for the deep state to pull something huge… 9/11-scale, or even bigger. Beyond those 7 days, the rest of this calendar year remains ripe for such deep state shenanigans.

One of the most likely events seems to be a staged takedown of communications and power infrastructure to prevent people from communicating, all conveniently blamed on a cyber attack from China.

This self-inflicted cyber attack would then be used to justify America launching kinetic warfare against China… and suddenly we’re in the middle of World War III, with Biden claiming, “Now is the time for all Americans to come together” and stop paying attention to “divisive” election audits.

See how easy that is to pull off?

Other possible “crisis theater” scenarios could include Biden bombing other countries, attempting to arrest US governors, setting up highway vaccine checkpoints, setting off a “domestic terrorism” nuke on a US city, staging a massive false flag shooting, and so on.

At this point, there’s no crime the Democrats won’t commit in order to distract people from the truth. They are, after all, already waging biological warfare on the American people and the entire US military.

They’re already in kill mode with covid, and Biden has already restricted monoclonal antibody supplies to red states — an act of war targeting his political opponents.

As I warned yesterday, we are also expecting CCP-led biowarfare operators to release a “Super MERS” strain in US cities in the coming months. This Super MERS strain was, of course, funded by Fauci and the NIH, laundered through EcoHealth Alliance and Peter Daszak. It’s a bioweapon with a 30+% kill rate, and the EcoHealth Alliance proposal to DARPA also cited “aerosolized” release of “skin-penetrating nanoparticles” which are the deadly spike proteins that cause blood clots and kill people.

In today’s Situation Update podcast, I delve into these possible scenarios and share wisdom on how we can all prepare for what’s coming. The summary of this advice is: