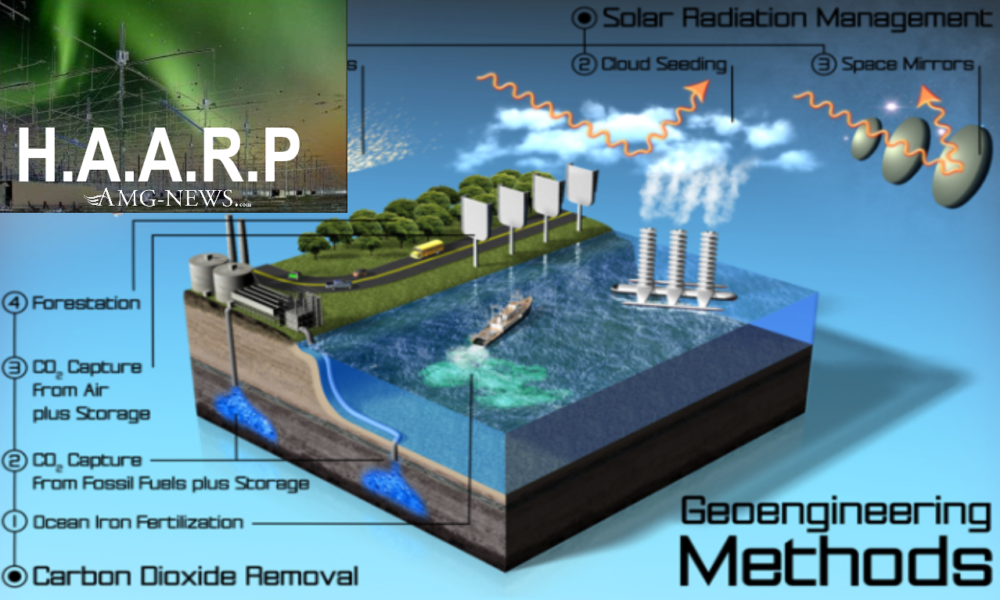 While HAARP and weather control has been called a conspiracy theory by the mainstream media and government officials, during a Senate, David Walker, deputy assistant secretary of the Air Force for science, technology and engineering, dropped a bombshell in answer to a question asked by Lisa Murkowski in relation to the dismantling of the $300 million High Frequency Active Auroral Research Program in Gakona.

Walker said this is “not an area that we have any need for in the future” and it would not be a good use of Air Force research funds to keep HAARP going.

“We’re moving on to other ways of managing the ionosphere, which the HAARP was really designed to do,” he said. “To inject energy into the ionosphere to be able to actually control it. But that work has been completed.”

Many believe HAARP was created and has been used for weather control, with enough juice to trigger hurricanes, tornadoes and earthquakes and comments such as this bring about the question of whether conspiracy theorists are more on target than anyone has admitted to date.

This is not the first time a public official has acknowledged that HAARP and weather control is not only possible, but has been and continues to be, used as a “super weapon,” as evidenced by a statement in 1997 by former U.S. Defense Secretary William Cohen, where he said.

“Others [terrorists] are engaging even in an eco-type of terrorism whereby they can alter the climate, set off earthquakes, volcanoes remotely through the use of electromagnetic waves… So there are plenty of ingenious minds out there that are at work finding ways in which they can wreak terror upon other nations…It’s real, and that’s the reason why we have to intensify our [counterterrorism] efforts.”

Is it still just a conspiracy theory if public officials admit it is true? Watch the question and answer session below:

Dr. Michio Kaku admitted that ,HAARP electromagnetic waves can be used to stimulate geophysical events such as can modify the weather, earthquakes, climate change, volcanic eruptions, hurricanes and the like.