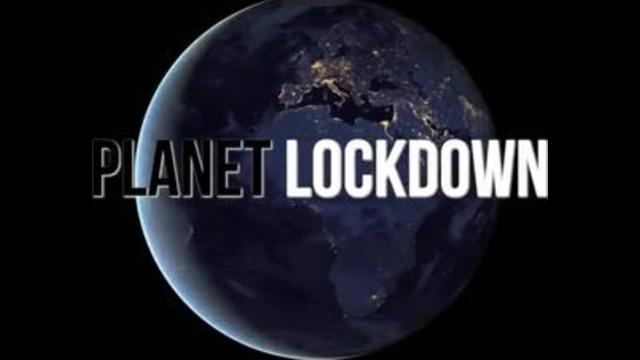 A former Pfizer scientist warned that the government and Big Pharma are colluding to deceive the general population in the current pandemic. Dr. Michael Yeadon said in a recent interview that governments around the world had exaggerated the true risk of the Wuhan coronavirus. According to the former Pfizer expert, “global crimes against humanity are being perpetrated against a large proportion of the world’s population.”

Yeadon spent more than three decades helming research on new medicines. By the time of his retirement, he held “the most senior research position” in the pharmaceutical industry. The scientist addressed several points during his telephone interview with LifeSiteNews, mostly involving “demonstrably false” propaganda from governments.

First, he addressed the “lie” of so-called Wuhan coronavirus variants of concern such as the British B117 and South African B1351 strains. Yeadon remarked: “The variants aren’t different … they’re pretty much the same.” He explained that when the virus enters the body, cells called professional antigen-presenting cells break down the pathogen and introduce the viral pieces to other cells. This way, the immune system becomes familiar with the virus.

Yeadon continued: “Now, if a tiny piece of the virus changes … [and] if you are re-infected by that variant, your professional [antigen-presenting] cells tear into that virus and cut it into pieces. [When the professional cells] present them again, … most of the pieces that [your immune system has] already seen and recognized are still there in the variants.”

Second, the scientist addressed the totalitarian potential for vaccine passports. Yeadon said: “I think the end game is going to be ‘everyone receives a vaccine.’ Everyone on the planet is going to find themselves persuaded … to take a jab.” He remarked that once the world’s population is vaccinated – each and every person will have a name, an accompanying unique digital ID and a health status flag indicating if they are vaccinated or not.

The former Pfizer researcher warned that whoever is in control of the database holding this information definitely holds absolute power. They can have total control over people’s transactions on a whim, essentially making “playthings” out of the world’s people. Yeadon elaborated that while vaccine passports are mainly for traveling to other places, he foresees their potential use for people’s movement.

“I’ve heard talk of [vaccine passports], that they could be necessary for you to get into … enclosed public spaces. I expect that if they wanted to, you would not be able to leave your house in the future without the appropriate privilege,” he warned.

According to Yeadon, there is a looming plot to get rid of a large chunk of the world’s population using COVID-19 vaccines. Governments are lying to their citizens regarding the prevalence of more infectious Wuhan coronavirus strains to encourage vaccinations. Pharmaceutical firms meanwhile exploit this demand to create vials of dangerous jabs that go to people’s arms.

The former Pfizer scientist expressed concern over the matter. “I’m very worried … that pathway will be used for mass depopulation, because I can’t think of any benign explanation.”

He remarked: “The eugenicists have got hold of the levers of power and this is a really artful way of getting you to line up and receive some unspecified thing that will damage you. It will be plausibly deniable because there will be something else going on in the world at that time, in the context of which your demise, or that of your children, will look normal.”

Prior to his interview with LifeSiteNews, Yeadon raised alarm bells over the Pfizer/BioNTech vaccine’s safety on pregnant women. He and German physician Wolfgang Wodarg wrote a letter to the European Medicines Agency back in December 2020 calling for the suspension of vaccine trials on humans. According to the two, COVID-19 vaccines may prevent the safe development of placentas in pregnant women.

Yeadon and Wodarg explained that a protein called syncytin-1 found in the SARS-CoV-2 pathogen is also responsible for the development of a placenta in humans. Given that “several vaccine candidates are expected to induce the formation of … antibodies against spike proteins of SARS-CoV-2,” the vaccines could put pregnant women at risk.

They further elaborated: “There is no indication whether antibodies against spike proteins of SARS virus would also act like anti-syncytin-1 antibodies. However, if this were to be the case, this would then also prevent the formation of a placenta – which would result in vaccinated women essentially becoming infertile.”